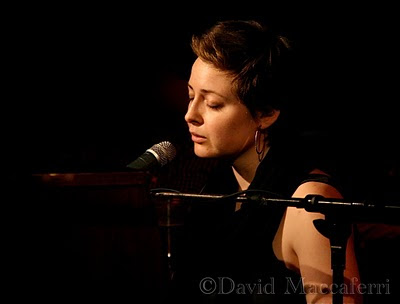 I am proud to report that I recently just performed my first OPEN MIC!! I sang at the Lizard Lounge Open Mic, which happens every Monday, with Tom Bianchi as the host. It was also my first time performing my original songs! The set went great, and I had so much fun playing on ther real piano! I performed "In My Head" and "Stone", two songs that I wrote this year.
Once I figure out how to post my tunes, I'll post some on this thang

Meanwhile, I am feeling jazzed about continuing to write!
Cheers,
Eleanor
Posted by Eleanor Kaufman at 7:16 AM 2 comments:

Wow,
So I report to you now after a long weekend in Philadelphia where I killed two major birds with one huge stone
a. I got to see the love of my life, Alex and stay with his family in Philadelphia
b. I went to see Lauryn Hill at the House of Blues in Atlantic City!!!

My lovely roommate, Bianca bought us tickets for Christmaka to see Ms. Hill and I nearly had a heart attack when she told me.

After a 6 hour ride on Megabus to Philly, we arrived in the City of Brotherly Love. I really love Philadelphia- theres something antique and quite quaint about it- even though its bigger than Boston. I love the pubs and restaurants- each one seems to have its very own personality and unique style. Boston is overrun with sports bars and things alike.
So we spent some time in the city, eating Ham Hock sandwiches (whatever that is) and drinking Bloody Marys. Back to the Nechemias house on Penhurst Lane, where Lucy the poodle and Dana-Alex's mom greeted us with yelps and growls. Wait..Lucy with yelps and growls, and Dana with hugs and kisses.
We relaxed and watched Egypt yell and protest on the tv and ate chocolate kisses. Then off to the show!
The show was set start at 9:00. UNFORTUNATELY, Ms Apparently-Im-too-awesome-for-all-of-my-fans-LaurynHill- Didnt come on stage until 12:00am!! What the helll???!! Me, being her biggest fan in the world didnt have a problem waiting, but many people did. Rightfully so. I couldnt believe it and I thought the wait was completely absurd. 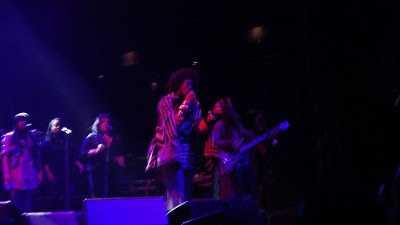 I started to think she wasnt going to come out- and that this was all a dream. Ive always thought of Lauryn Hill as some sort of angel or legend that doesnt really exist-- I mean shes spent so much time away from the public, her voice wailing away on Miseducation seems to be the only remaining trace of her. But alas! 12:00 sharp she slid on to the stage- appearing very much like a female James Brown. Her hair was in a mini fro, and she wore gray bell-bottoms, a pair of pointy heels stuck out from the bottoms as she swayed and stepped across the stage. She also wore this huge black and white Louis Vuitton poncho-drapy thing that I wish she wouldve just taken off; She looked old in it, like she was hiding her body. It also was wayy too hot for that thing-throughout the whole show, she held a small face towel that she kept wiping and dabbing her face with. Lauryn, just take off the poncho and you and I will both be so happy. 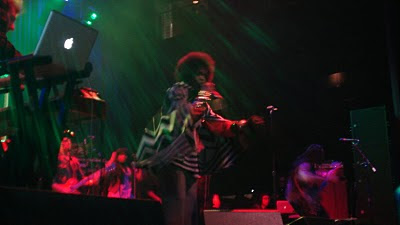 She greeted us with quite a pretentious attitude and didnt even apologize for being three hours late. She kept raising her head to us then dropping it down with her microphone and thanked us. "You Look Good New Jersey" she kept saying. Her first two songs were brand new and no one was into them. We were already pissed about the wait, and on top of it shes playing songs that we dont know?? Well, I think she picked up on our displeasure. After her second song she left stage briefly, came back a minute later and from then on played only her old stuff; a wonderful compilation of Fugees faves and hits from her Miseducation Album. 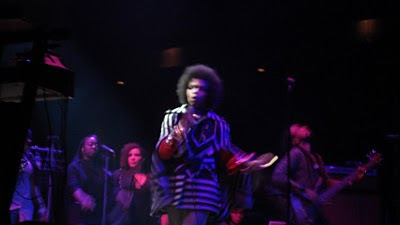 The songs were amazing the hear live. It was refreshing to hear a contemporary spin on her songs-these are songs that Ive only heard album versions of. It was exciting and relieving to see she still has power and game in her. Her backup singers were right on point and so was her band of drums, two keyboards, an oober-sexy bass player with long swaying dreds and a guitar player. As the show went on, she really warmed up to crowd and even brought her kids (5 of them...I think she has twenty) on stage to join in singing Turn Your Lights Down Low....sooo cute. I saw Zion!! (her song To Zion). 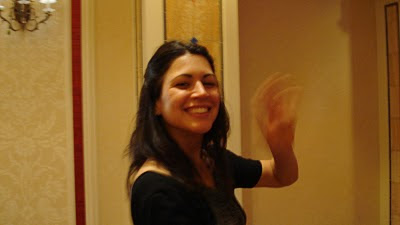 Being so close to her was surreal- I could see her facial expressions change as she interacted with her band and with us. I could pick up on those little moments between songs that were not staged and not practiced. It was real, and I was watching my favorite singer of all time, Lauryn Hill (who was my first cassette tape)- sing her heart out right in front of me. She and her hauntingly beautiful voice- will forever amaze me.
So heres to Ms. Lauryn Hill and her music-- who- no matter how tardy, old or racist, she is my very favorite voice of all time.
ENJOY THE PHOTOS AND VIDEOS!! 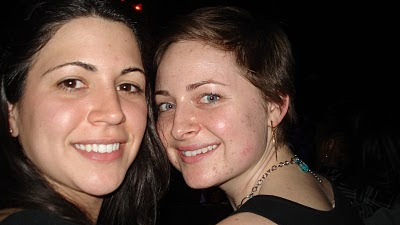 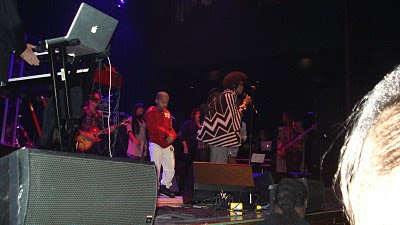 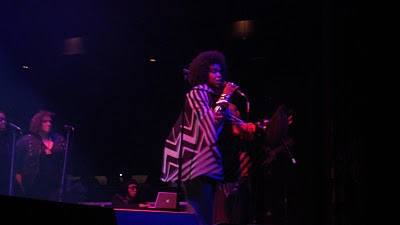 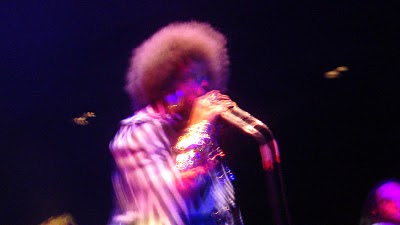 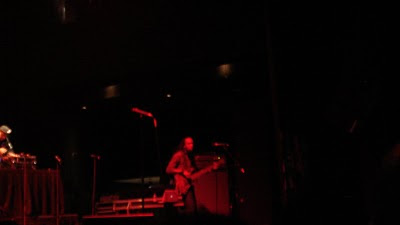 Posted by Eleanor Kaufman at 7:03 PM No comments: 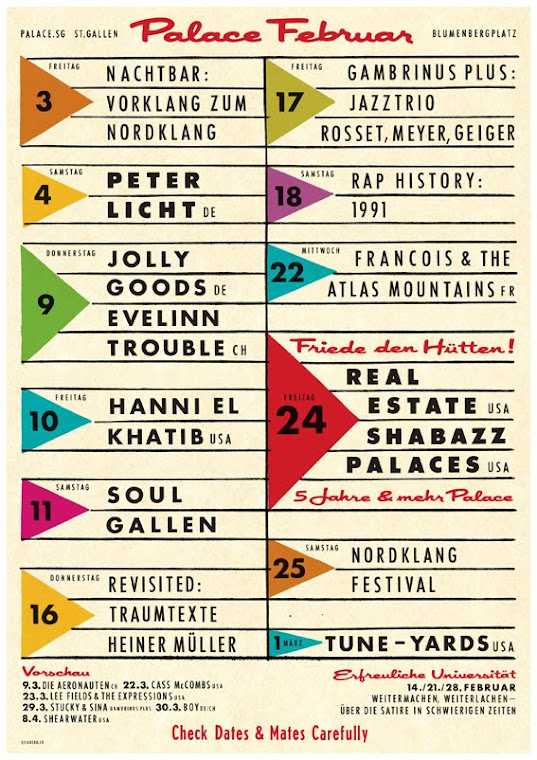 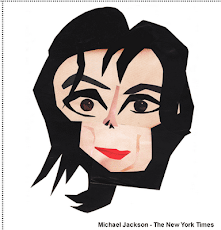 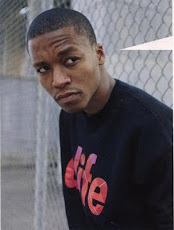 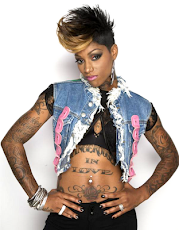 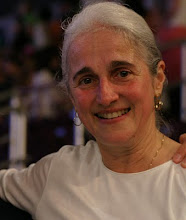 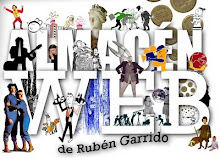